The role of the Governing Board is to help the School to provide the best possible education for its students by:

Our Governors have a major responsibility in the management of the curriculum, finance, staffing, premises and communication. Governors may be contacted by e-mail at governors@hatchend.harrow.sch.uk.

Members of the Academy Trust

Trustees of the Governing Board (known as Governors)

I completed a BSc in Mathematics at the University of Birmingham and went on to work for the charity Livability.   I moved into finance working for Douglas, Deakin, Young in London before completing a PGCE at the Institute of Education (this included a term of teaching practice at Hatch End High School).  I began my teaching career at Queen Elizabeth’s School, Barnet before moving to Harrow School in September 2007 where I became Head of Statistics.  In 2014 I left Harrow to become Assistant Head Teacher (Head of Sixth Form) at Twyford Church of England High School in Acton before returning to Harrow in 2016.  At Harrow School,  I am a member of the school’s Senior Management Team and as the Director of Shaftesbury Enterprise I oversee all of Harrow’s philanthropic, charitable, outreach and partnership work.

I am currently the Vice Chair of Governors and Chair of the Student Performance Curriculum & Wellbeing Committee. A long-time interest of mine is Special Educational Needs and I am the named Special Needs Governor. Being a Governor does take commitment but it is a very rewarding way to be involved in the life of the school. I am also linked with the Hearing Impaired Provision and Inclusion.

Chair of the Governing Board

I became a Parent Governor at Hatch End High School in 2000 and in that year obtained £50,000 from the John Lyon Trust to pave the way for the school to become a Performing Arts College. I was appointed Chair of the Finance Staff and Premises Committee and then Chair of the Governing Board in 2006. I am an experienced and skilled director and senior manager in the voluntary and healthcare sectors with an excellent track record in leading and implementing major, innovative and sustainable organisational change.

After graduating in Chemistry (B.Sc; Ph.D), my professional career was in Medical Education (Biochemistry) and Health & Safety Management in University and the Pharmaceutical Industry. I joined the Governing Board in 1986, originally nominated by the Liberal Democrats. I am interested in supporting comprehensive education through experiences in my own family and teacher friends. I served as Chair of the Governing Board from 1998 to 2005.

I became a Governor in 2004 and was elected Chair of the Finance & General Purposes Committee in 2006. I am involved with the Governor Intervention Panels. The Governing Board is a devoted group of professionals and I am delighted to be a member. In business, I developed a design and manufacturing company and work with clients world-wide.

I was born and educated in India and qualified as a Medical Doctor. I came to the United Kingdom in 1973. Initially I worked as an Anaesthetist and then as a Community Paediatrician. I worked to raise awareness of health issues and had a phone-in programme on BBC Asian Network Radio Leicester. I have served as Governor of two secondary schools. I have worked as a volunteer for numerous local and international charities (including providing on-site medical assistance). I am involved with English as an Additional Language and Health.

I worked in the fashion industry as a buyer then moved on to set up a greetings card publishing company. I am competent in the business aspect of an organisation as I have a vast experience in this field. I managed budgets in most of my career and I enjoy working with numbers, hence I am a part of the Finance and General Purposes Committee. I had a career change in 2009 and through my first role at Oasis Charitable Trust I had the privilege of working with many different projects in England. More recently, I worked for St Luke’s Hospice Harrow and Brent, and I managed Harrow Foodbank in its early days. I believe a good educational environment and a holistic approach to young people, both at home and school, are vital to our children. I have been a parent governor since 2015 and I have witnessed how hard everyone works behind the scenes to make HEHS a better place for students to study and enjoy their time here. Additionally, I think the pastoral support students receive in this school is exemplary.

I became a governor in October 2015. I was inspired by the school ethos and the values around co-operation, ambition, respect and excellence. I am the founder of Kinetik Solutions an operational improvement consultancy and have over 25 years of Industry and Consulting experience. My extensive experience includes development projects with large organisations, many from the FTSE 350. By education, I am a Chartered Engineer and a Fellow of the Institute of Operations Management. I was previously a non-executive director for North West London Hospital Trust. I am currently an active volunteer in neighbourhood mediation, an engineering ambassador for the STEMNET, and provide career mentoring to young adults.

After working in the Media, I trained to be an English teacher in Oxfordshire in 1992, subsequently moving to London for career development. I have over twenty years’ experience in 5 large and very different (including 3 London Borough) schools and believe passionately in non-selective inclusive education. Governors play a key role in ensuring that schools serve their stakeholders/local community enabling young people to achieve outstanding outcomes whatever their background or ability. Hatch End High School achieves this every day but we always believe we can improve.

During my time as a member of staff at Hatch End High, I have been part of a number of key changes that have taken the school in new directions, including the addition of the Sixth Form and Year 7 joining the secondary school system. In my current role, as Head of Student Services, I am responsible for supporting and managing the Administration Team, Pastoral Support for students making the transition from primary to secondary education as well as being part of the Safeguarding Team. Over the years I have been involved in many other areas of the school, such as Technical Services, the Arts Faculty and setting up the school’s own Radio Station. 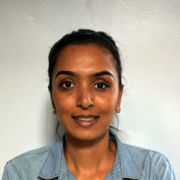 I have worked in education for over forty years and have held the post of Headteacher in three schools; two in the London Borough of Brent, the most recent at Roxeth Primary School in Harrow where I was head for 10 years. I retired from Headship in 2017 but continue to work alongside colleagues in Harrow and Slough as a school improvement adviser. I live locally and three of my six children teach in Harrow schools. I feel the key to successful education is that ability to promote high standards whilst maintaining an atmosphere where pupils and staff feel valued and the full range of success is celebrated. My aim as a Headteacher, a schools’ adviser and governor is to ensure that the curriculum offered has breadth, balance, relevance, differentiation, progression and continuity and also to ensure that teaching and learning is good and better and that the attitudes and values, which underpin content, are consistent with an inclusive vision of individuals and society. I have been nominated by Harrow Local Authority (LA) to contribute to the work of Hatch End High School Governing Body and I very much look forward to working alongside the community of Hatch End High School.

I joined Hatch End High School in April 2014 as the Business Manager with responsibility for non-teaching functions including Finance, Premises and Human Resources. My role includes the strategic development of the site and we are very excited about our multi-million-pound investment plan which will transform the school site by 2020. I particularly enjoy working with the Student Council to ensure that our young people have a strong voice in this plan. I am a qualified accountant (CIPFA) with 25 years’ experience in public sector finance.

Clerk to the Governing Board 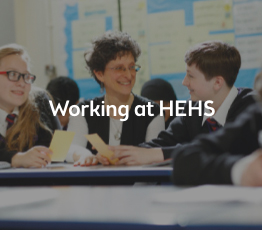 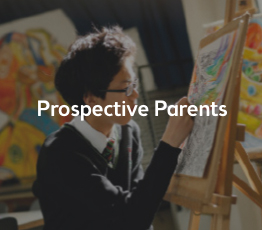 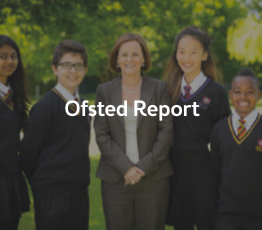 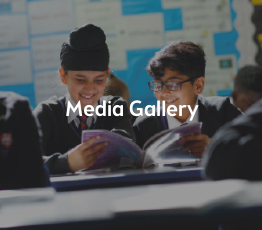