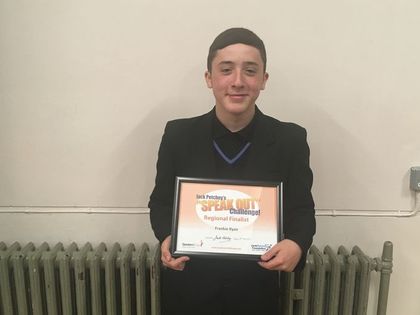 Competing against ten other students, Frankie gave an inspiring 3-minute speech, raising awareness of the increasing rate of male suicide in Britain. Combining his polished public speaking skills and his infectious passion, Frankie blew away the crowd with his speech.

A massive congratulations to Frankie for taking part in this event.