Are you a former Hatch End High School student? If so, please sign up to our alumni network!

Since leaving Jack Measure has gone on to study History at Gonville and Caius College, Cambridge. Since starting university, Jack has worked on the Lumina Course which works to make Oxbridge more accessible to state school students. Going to university opened up many different opportunities for Jack and this summer he is looking forward to travelling to Hong Kong to teach English. Jack is looking forward to starting his second year at Cambridge and seeing what the future brings. 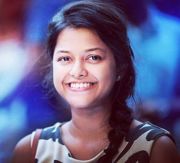 Our past student Yohani De Silva from Sri Lanka has become a global sensation during the last few months with her hit song ‘Menike Mage Hithe’. The song has now been translated into many foreign languages and sung by so many artists worldwide. Click here to find out more about the original recording, which is currently trending at approximately 140 million views in just under 4 months! Well done Yohani, everyone at Hatch End High School is so proud of your success.

Former Hatch End High School Student Javid Basharat has been awarded a contract to fight in the prestigious UFC (Ultimate Fighting Championship). Javid, 26, defeated Israeli fighter Oron Kahlon at the Dana White Contender Series in Las Vegas to earn his contract. Javid, who is currently unbeaten in 11 fights, has a younger brother Farid, (also attended Hatch End High School) who is also a promising fighter and is currently unbeaten in 7 fights. Javid will now attempt to climb up the rankings and hopefully be in a position to fight for a world title. 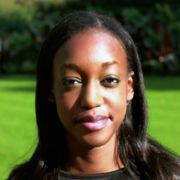