A fantastic morning was had by all!  Three Key Stage 3 tutor groups took part in a Space Virtual Reality Workshop led by the brilliant Dan King from the Education Group.  Everyone donned virtual reality glasses and were transformed into a 360-degree solar system.  We were lost in space!  The classes were taken on a voyage through all the planets in our solar system followed by short comprehension questions.  An informative voiceover accompanied our journey.  Staff and students also took part and it was a phenomenal success.  Here’s some of the comments by our students;

“I would like to do it again; it was very interesting. Fantastic.” Ollie King, Year 8 student

“It was really fun because some of the things in it were new and made learning come alive. Brilliant.” Haydar Al-Zufairi, Year 8 student

“I liked it a lot because it seemed quite realistic and I learned a lot of new things about the planets and the solar system.” Stoyan Staykovski, Year 9 student

A big thank you to the Education Group, Mr Robinson and Mr Wilkins who made this event possible. Thank you to Ms Power for arranging and organising this event as well as Ms Brown, her Sixth formers and Miss Jones for capturing it on camera.  Let’s have another one next year! And hopefully, it sparks the interest of a new generation of astronomers! 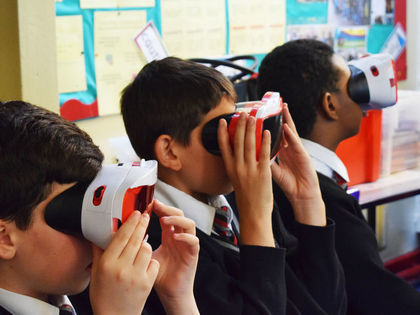 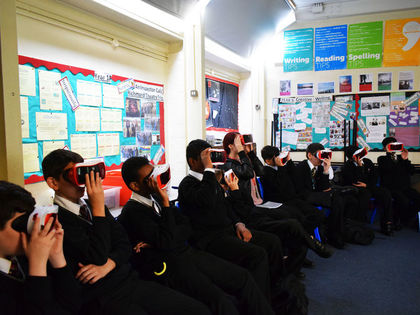 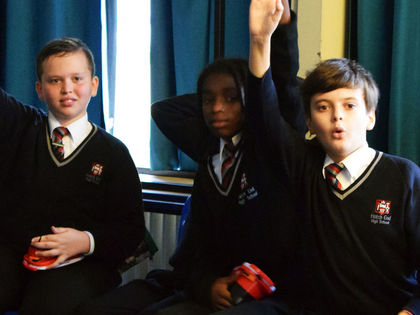 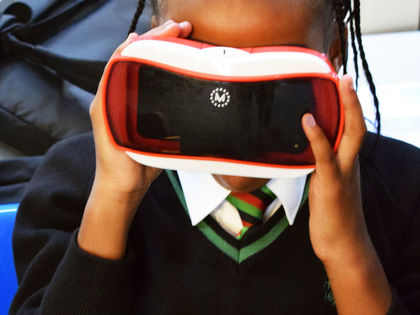